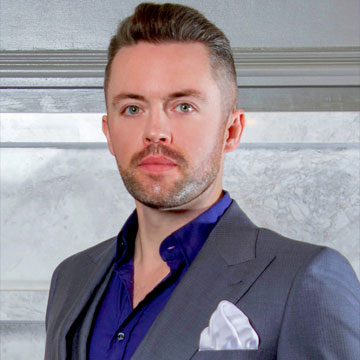 During his time as an advisor to the Chairman of the Joint Chiefs of Staff, Tim led two Presidential-directed interagency projects to support the South Asia Strategic Review, resulting in the Department of Defense shifting its strategic plan for Afghanistan.

While at the CIA, Tim led intelligence support for the National Space Council and provided strategic insight to the Executive Branch and Congress regarding threats to the U.S. Civil, Commercial and Military space architecture.

In his first year at the Foundation for the Future, Tim wrote or co-wrote legislation supporting workforce development for the space sector; that legislation represented over 1% of all Federal laws which were passed that year.

A space policy and geopolitics expert who writes extensively about the future of humanity in space, Tim leads the Foundation for the Future, a nonprofit based in Washington, D.C., leading the policy conversation around space infrastructure. He also founded the Association for Space Finance, the industry association representing space investors, and whose membership ranges from small family offices to Barclays Investment Bank. A former Army officer, Tim spent nearly a decade leading intelligence teams in combat and special operations units through five deployments to Iraq and Afghanistan. Following his military service, he was selected to be a special advisor to the Chairman of the Joint Chiefs of Staff before joining the Central Intelligence Agency. He held multiple assignments at the Agency, including with the Directorate of Operations and Directorate of Analysis. This role culminated with his support of the National Space Council, where he provided strategic insight to the Executive Branch and Congress regarding threats to the U.S. Civil, Commercial and Military space architecture.

Tim is a passionate innovator with extensive experience in forecasting, strategic thinking, and leading teams on the bleeding edge of innovation. This combination, as well as his drive to conquer ever-greater challenges, has placed him on the forefront of innovation during his time in the U.S. Army, on the Joint Staff, the Central Intelligence Agency, and now – as he leads multiple organizations that are pushing the boundaries of public policy, advocacy, and scientific research.

Tim’s current challenge and mission is to create the backbone of America’s next century in space. He can regularly be found speaking at space conferences throughout the globe – when he is not running one of this own events. He is the author of Humanity in Space and is a prolific writer and media contributor on industrial space policy. Tim holds two master’s degrees – one in Intelligence Studies, and one in International Relations and Affairs, from American University.